The Maverick HighRise, also known as the Maverick Building, was designed by Lou Harrington and opened in 1922 as a Downtown office building. Some of the businesses that originally operated in the Highrise include, Maverick Land Office, Texas Unemployment Office, Medina Valley Irrigation, & the Social Security Regional office.

The Highrise is named after its original owner and builder, George Maverick who was the son of Samuel Maverick, one of the signers of the Texas Declaration of Independence. Mr. Maverick built the Highrise on the site of the old Maverick Hotel which was also once the San Antonio Military Headquarters until 1881.

It is hard to imagine that the Maverick Building was completely shuttered in 1981 after being purchased by the then Texas Governor, Price Daniel when his goal of converting it to a hotel failed. The building remained abandoned until 1996 when it was then renovated to become low income apartments. In 2014, the building was vacated for major renovations for more urban modern apartments which can now be leased at MaverickBuilding.com. 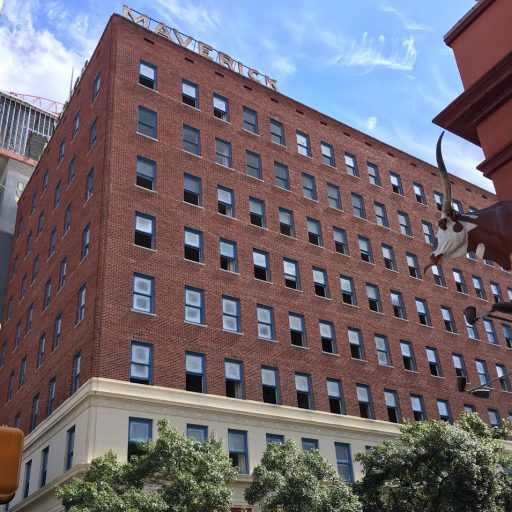